Just reminding everyone only 1 class Monday at 8 AM! All are welcome to come. We will be hitting the workout at 8:15, that will give you 15 minutes to warm up and get things ready. If you are late we will leave you behind because the workout takes around an hour. We will be there a little early, probably around 7 ish or so. If some of you wanted to come hit something before or you needed more time to warm up come then so you are ready by 8:15 so you can get on with the rest of your day!

Remember why we do hero workouts. We’ve done them for awhile on Friday’s so hopefully you guys understand the point, but this is probably the most famous hero workout. Yes it’s lots of reps and yes it’s a lot of running. But remember why we’re doing what we’re doing and why we have freedom on those runs. If any workout deserves a little more effort, this is the one. 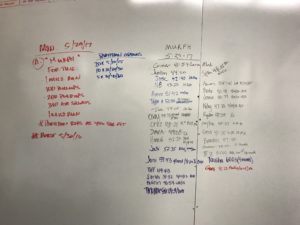 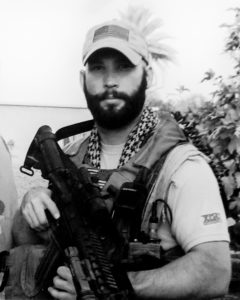 Another Friday, another hero workout! This one is kind of nice because it won’t take forever (hopefully). Some of you will be able to crush this weight, if that’s the case, and you go unbroken on the deadlifts, then push the run. The distance is short, you can make them “sprints” if you really wanted to. Just think it doesn’t hurt that much to run just a little faster does it?

He is survived by his parents, Michael and Loreene; brother, Michael; sister-in-law, Brenda; and many aunts, uncles and cousins. 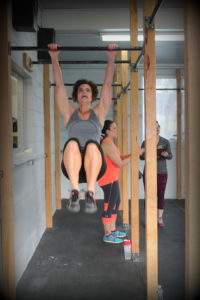 Wouldn’t ya know it, some more gymnastic work today. Once again it does take some skill to be able to handle this type of movement. And of course it’s much harder under fatigue, but if you make it simple movements, it tends to help out and doesn’t make it as complex. With the other movement being double unders today, you can still work on this movement and try and improve it even during the workout. Maybe try a new technique or maybe going bigger sets or something like that? Try something new today, you don’t always have to play it safe!

B. Accessory
8 step up/side (Bar on back if needed)
50m farmer carry (AHAP) 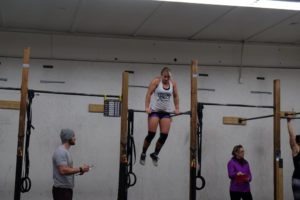 Rowing isn’t the main concern for today’s workout, but there will be some rowing going on. There is some that tend to struggle with this movement. And crazy enough rowing might take some practice, as much as it seems like it shouldn’t. If you feel that you’re not that good on the rower, the videos below might help out a bit? Who knows, might learn something! 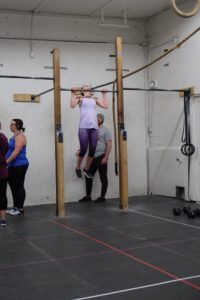 Today we get to work some gymnastic skills in a workout! Some of you tend to struggle with this movement a bit, so hopefully the video below will help! Either way even though it looks like quite a few reps, the goal is to move through it today! Try and go unbroken on the barbell as long as you can! 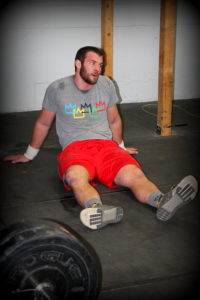 Well hopefully you all were able to watch regionals this weekend! Heck maybe even some of you were able to travel to Salt Lake to watch them!? Generally after watching something like this people tend to get extremely motivated! It’s not a bad thing, you see people you know, look up to, etc that do these amazing things and put forth so much effort, and you want to do that too. You want to put forth more effort, more time, more care.

But then during some point, generally a few weeks after the regionals or maybe it’s more after the games, that fire fades. You don’t want to put forth that effort or you don’t seem to care anymore! If you are one of those peoples who were motivated to do a little more than you are right now, write it down! Put pen to paper, say what you want to accomplish. Maybe it’s you want to get muscle ups or snatch a certain weight or whatever the case may be and then have steps and a plan to hit that by working backwards. What do you want 12 months from now? What will you have to have accomplished my month 11 to get what you want at month 12? What about month 10? And so on and so on, until you figure out what needs to be accomplished a month from now to get you towards your goal. And then you know what must be done next? You must work on that goal! Don’t give up! Block out time everyday, tell someone what you want to accomplish to keep you accountable. Tell your friends, coaches, husband/wife. Whatever it takes to get you to your goal! Remember a goal without a plan is just a wish!

If you did miss all the action we got you covered below!

For those of you that want to do something Saturday since we won’t be having class or barbell club you can do this below! Or maybe run a 5k for time or something like that if this doesn’t sound cool to you? Or maybe go on a hike with a weighted backpack? Use your fitness outside for a change!

A. 20 AMRAP:
400m run
max pushups
*Any break and you must run another 400m. Break would mean you fail a rep, rest on your knees/chest, or pike the butt to the sky for rest.

**If you have a partner can do:

20 AMRAP:
Partner 1- Run 400m
Partner 2- max pushups
*Partner doing pushups will do as many as possible while other partner is running. As soon as the partner comes back to you, you guys will switch, partner 2 doing the 400m and partner 1 doing pushups. The pushups do not have to be unbroken. Just as many as you can accumulate in the timeframe of your partner running 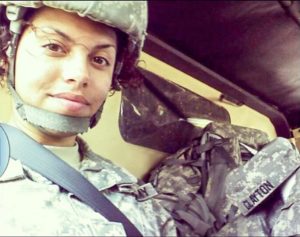 Just reminding everyone no Barbell or regular class this Saturday because all of our coaches and quite a few of the members will be at the South CrossFit Regional. It is in Salt Lake if any of you would like to still get tickets! Pretty cool to watch. Think of it as the games if the pro’s and Regionals is like March Madness. Sometimes it’s even better than the Games because so many people want it so bad! Worth a ticket if you guys are curious! We’ll post a track workout for tomorrow if you guys want to hit it!

As for today we got another hero workout to hit. The goal is the same as always. Go hard and remember why we do hero workouts, and be thankful for the freedom we have!

Army Spc. Hilda Clayton, 22, of Augusta, Georgia, died from injuries sustained when a mortar malfunctioned during an Afghan National Army training exercise in Qaraghahi, Afghanistan. Clayton, assigned to the 55th Signal Company and the 21st Signal Brigade in Fort Meade, Maryland, was providing Combat Camera support at the time of her death.

She is survived by her husband, Chase Clayton. 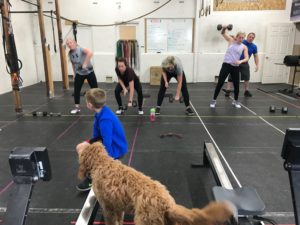 Today is Bring A Friend Day! You guys all know the drill, but sadly quite a few of you have been slacking. We haven’t seen many new people show up lately. What is the deal with that? Do you guys think CrossFit Unknown sucks 😉

We hope not! And we hope we can see some new faces. Invite somebody, at least give it a try, who knows you might get someone healthier and change their life??

Today is Chase Worrell’s birthday! If you see him wish him a happy one! 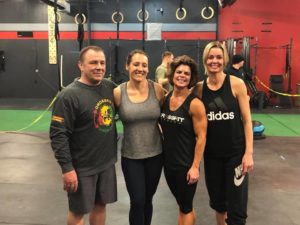 Today we get to do some heavy lifting, but you have to earn that heavy lifting. So it’s somewhat of a heavy day, but the goal would be staying relaxed while building. In CrossFit we not only have to be good at conditioning and heavy lifting, but we also have to be good and lifting while under fatigue, and with a technical movement like the snatch, sometimes it’s pretty difficult. So really focus on the first few sets to move well. Moving well starts with the bar, if you’re sloppy with the bar, you won’t get very far. Focus on moving well today and who knows, might PR??

And if you need a little more motivation, try and move like the snatch below!